What is an IVA?

Learn more about how an Individual Voluntary Arrangement (IVA) works and which debts it can be used to pay off using an IVA.

What Is An IVA?

An individual voluntary arrangement (IVA) is a legally enforceable agreement between you and your creditors that allows you to pay off your obligations at a reasonable rate. You make a payment to an insolvency practitioner who manages the IVA.

Once the IVA is approved, it will protect you from your unsecured creditors, such as credit cards, loans and council tax arrears. There are certain debts that cannot be included in an IVA, for example, Student Loans, arrears of child maintenance, or debts arising from fraud.  Also, the IVA will not stop secured creditors, such as the mortgage company or car hire purchase, from enforcing their security if you breach the terms of their agreement.  However, if your house or car has already been repossessed, then the shortfall can be included in your IVA.  After the IVA is approved, you can then add any creditors that were not listed in the original paperwork, provided the debts were taken out before the IVA was approved.

If you have an IVA and follow it to the letter, the creditors included in it will be prevented from pursuing further action against you. Any remaining debt at the end will be forgiven.

Apart from the payments, there are other obligations with an IVA.  Once a year you will need to provide recent proof of income and bank statements, and an income and expenditure review will be conducted to ensure the payments are appropriate and affordable.  If you earn more than the income stated in the proposal, you are required to notify the insolvency practitioner, as you may be required to pay further funds into the IVA.  Similarly, if you become entitled to a windfall worth more than £500, such as a lottery win or inheritance, these will also need to be paid into the IVA.

If you live in Scotland, an IVA is not an option. A protected trust deed would be required. This is a comparable option, but it's crucial to understand that it comes with its own set of benefits, risks, and fees.

If you're considering an IVA, you should speak to a qualified professional, or authorised debt advisor, to determine whether it is an appropriate solution for you. 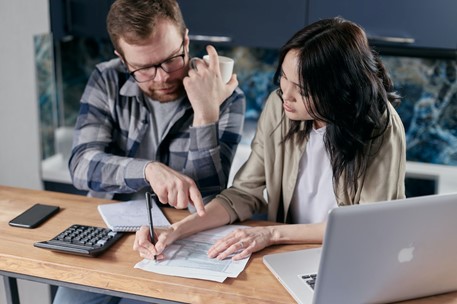 Photo by Mikhail Nilov from Pexels

Bankruptcy was the only option for individuals prior to the introduction of the IVA in the 1980s.

Credit as we know it today, was not as freely available in the 1980s and the main option for obtaining credit was to take out a mortgage.  This meant that when there were financial issues, the only way for a person to resolve their debt problem was to petition for bankruptcy.

The Insolvency Act of 1986 introduced the Individual Voluntary Arrangement (IVA), as a solution that allowed individuals with financial difficulties to propose a formal arrangement to their creditors, that would allow them a set period to pay something towards their debts, but also offer them the opportunity to write off the remaining debt at the end of the arrangement.

The IVA also allowed the individual to protect certain assets, such as their property. Creditors would benefit from the arrangement, as they would potentially receive more back through the IVA than what they would expect to receive through bankruptcy. Although individuals had access to this alternative to bankruptcy, volumes were modest for the first few years due to low consumer debt and a lack of awareness of the option; in 1987, just 404 IVAs were filed.

With the tremendous development in access to credit cards and loans during the 1990s and the turn of the millennium, credit became significantly more accessible. As a result, an increasing number of people requested assistance when they were having trouble making their payments.

During the 2000s, the IVA grew in popularity, as individuals saw it as an affordable and more attractive solution for dealing with their unaffordable debt, when compared with other options.  As a result, creditors were inundated with IVA proposals and the larger creditors began to use third party representatives to manage the process on their behalf.  The representatives would go on to work with the IVA companies to standardise and streamline the process of proposing an IVA.

The Standard Consumer IVA Protocol (“the Protocol”) was established in 2008 as a set of agreed principles and standards between IVA providers and creditors, and was partially based on the work done between the IVA companies and the creditor representatives to standardise the process.

This Protocol required creditors to consider all IVAs on their merits, whilst at the same time ensuring an insolvency practitioner obtained and provided the necessary information to enable the creditor to make their decision.  The Protocol opened up the availability of IVAs to more debtors, who would have otherwise been prohibited from entering one due to strict dividend requirements.

IVAs are still a popular way to deal with financial problems today, as they offer a long-term repayment schedule, as well as protection from creditors taking further action.  If you are struggling with your unsecured debts, owe more than £7,000 and feel you can afford £100 a month, then an IVA with NDH Financial may be suitable for you.  The payment is determined following a review of your circumstances, and is subject to your creditors’ approval.

How Does an IVA Work?

An Individual Voluntary Arrangement (IVA) is a formal agreement with your creditors that freezes your debts and allows you to pay them an affordable amount over a specific period.

Your creditors will be required to freeze all interest and charges once the IVA is approved.

The IVA may be an appropriate solution where you are able to pay something towards your obligations, but not the full contractual payments.  For an IVA with NDH Financial, you would need to demonstrate that you can afford to pay £100 per month to your creditors, after you’ve taken care of your essential household expenses.

When providing details of your income, you'll need to demonstrate that you have a consistent long-term source of income, as the repayments will often be spread over 60 or 72 months (five to six years).

If you are unable to afford a regular monthly payment, but do have a lump sum, you may be able to propose the IVA on the basis of the lump sum.

If you are a homeowner, you may be asked to remortgage your home in the second to last year of your IVA to put the extra funds towards repayment. If you do this, the IVA term will be completed a year earlier or after you have remortgaged your home.

The insolvency practitioner, who is a qualified professional, and their experienced staff, will help you prepare the necessary paperwork and submit it to your creditors for their approval.

It is dependent on your financial situation as to whether or not your creditors will approve the arrangement. Provided a minimum of 75% of your creditors at the decision procedure agree to the IVA, then it will be approved.  Creditors may agree to approve the IVA subject to modifications to the terms proposed, however, you would need to accept these before the IVA could be approved.

Once the IVA is approved, the creditors are prevented from chasing you for the outstanding debt, and are not allowed to add interest and charges.  The creditors will still be required to send letters required under the Consumer Credit Act.  The IVA will then be managed by the insolvency practitioner, who will be referred to as the Supervisor.  The Supervisor will work with you for the term of the IVA to ensure it is implemented successfully.

If you do not keep to the terms of the IVA, the Supervisor may request the termination of the arrangement.  If the arrangement is terminated, your creditors will be free to pursue you for the outstanding debt, and will be able to add any interest and charges for the period you were in the IVA. 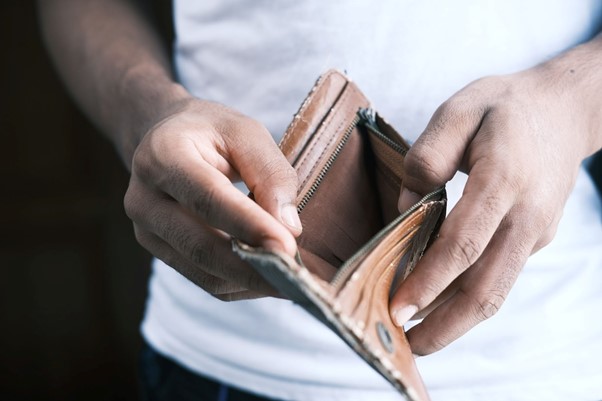 Photo by Towfiqu barbhuiya on Unsplash

How to Create an IVA (Individual Voluntary Agreement)

Although you can discuss a range of options for dealing with your debts with an authorised debt advisor, you must work with an insolvency practitioner to set up an IVA.

If you want to enter into an IVA, you will need to provide an insolvency practitioner with details of your debts and the assets that you own, and agree to an affordable contribution, as part of an income and expenditure statement that is based on your current financial circumstances.  This information will be used to prepare the proposal, which is the paperwork that is sent to your creditors.

These fees are usually taken from the monthly contribution paid into the IVA, although in some cases, an insolvency practitioner may ask for an upfront contribution towards the Nominee Fee, depending on the complexity of your case, or their policies.

If you want to know more about how an IVA can help you, please get in touch here.

Will An IVA Impact My Joint Mortgage?

Will An IVA Impact My Joint Mortgage?
Darren

What Happens at the End of an IVA?

What Happens at the End of an IVA?
Darren

What Is a Debt Relief Order (DRO)?

Speak with our debt consultants today

Please log in again. The login page will open in a new tab. After logging in you can close it and return to this page.